In many ways I think of my work in painting as poetic introspection, a meditation, often realized in layered symbolic or metaphorical imagery. For the most part, I gain inspiration for painting from nature that takes form in recognizable, highly photorealist imagery, as well as impressionist-like color, light, and form studies. Surreal, archetypal dream-like imagery has surfaced in my work over the years as well. My primary medium is painting, typically oil on canvas and on wood panels and watercolor on various water media papers. I intend my work to reflect a sense of time and place unique to the moment that I experience Plein-air on location or in the studio.

I also use photo images as a visual reference tool and resource to develop the visual structure of compositions, in response to the extremes of northern Minnesota’s environs, or the harsh desert landscape of Arizona, and when travel permits, the dramatic Maine seacoast.

I remain intrigued with light, atmosphere, color, texture and the transitory relationships that exist between these elements in the natural world. Being inspired by an array of past, modern and contemporary artists, I have especially admired American impressionist John Henry Twatchman (1853-1902) for his Zen-like impressions of the New England landscape. While following a lineage of Minnesota artists who have immersed themselves in nature, such as Duluth’s David Ericson (1873-1946), modernist George Morrison (1919-2000), Grand Portage Band of Ojibwe, and contemporary, Mike Lynch, I have been impressed by their great insight into what is possible with the dynamics of painting to emote a unique and poetic expression.

The artistic tradition of the Heliker-LaHotan Foundation on Great Cranberry Island, just off Mount Desert Island, Maine, like Minnesota, made it a very special place to create. The residency gave me the privilege of walking in the shoes of some of the greatest American artists who have drawn inspiration from the rugged Maine seacoast coast, the likes of major 19th-century artists such as Winslow Homer, Frederick Church, Arthur Dove, and John Marin. As inspiring is the painting of New York School modernist artists, John Heliker and Robert LaHotan, for whose posthumous name-sake and purpose the Foundation was established. 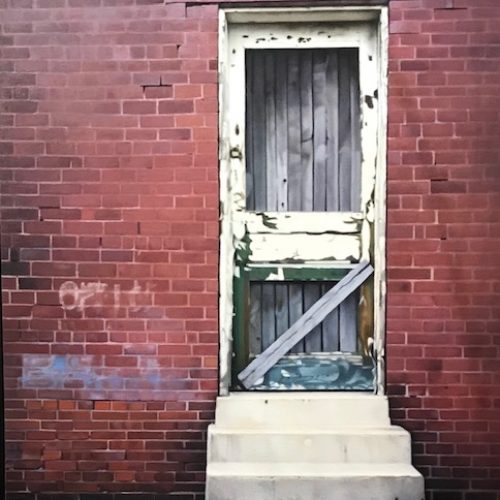